Have you ever wondered how Ancient Greek bestsellers like Homer’s Iliad or Plato’s Symposium came to us? The answer is medieval manuscripts. These handwritten (manu “by hand” + scriptus “written”) books however, dating usually from between the eighth and the sixteenth centuries, are more than just treasure troves of ancient texts. They are also unique witnesses to the times in which they were created.

Typical for medieval Greek or Byzantine manuscripts are so-called book epigrams. These mostly short poems are to be found at important points in the manuscript, for example at the end of a text or of the book itself. They are often written in one of the four margins of the page (“folio”), which among other features (like different writing style or ink colour) makes them rather easy to distinguish from the main texts. Epigrams are an invaluable source of information to us, as they often discuss the very books in which they were written down. Through them, all those centuries later we can still hear the voices of the different people involved in the making and more in general the life of a Byzantine book: the author, the writer or scribe, copyists, the reader and/or the commentator. After an author had composed a text, it was copied by scribes - often monks - either for their library or for a patron who paid good money for it. Later owners and ordinary readers too left their marks.

Interestingly, in several of these epigrams, it is the book itself that speaks to us:

Gregory brought me into the world with his divine spirit,
Ignatius decorated me, the book, with passion;
from the father comes to me the divinity of these words,
from the writing the pleasure of these works.

In these first four verses of a beautifully adorned epigram from a tenth-century manuscript, we are presented with two names, Gregory and Ignatius. While the first name refers to the author whose writings it contains, the influential fourth-century Christian theologian Gregory of Nazianzus, the second one refers to the scribe who copied these writings, word by word. Although the verb used in the second verse means “to decorate”, Ignatius is beyond doubt the scribe as the actual decorators (or “illuminators”) of the manuscript are mentioned later in the epigram.

Although some epigrams were added long after a book was finished, most were written down by the same scribe responsible for copying the main texts. This explains why so many of these epigrams feature scribes. They can be a bit of a nag, complaining about the quality of the text they had lying in front of them, their abominable working conditions or health problems like this scribe’s arthritis. More often, however, scribes just want to share with the reader their pride and in particular their joy in having reached the end of the text and thus of their copy work. Unsurprisingly, such epigrams are to be found at the end of manuscripts. They often contain the same sort of formulas, such as "the hand that wrote this is rotting in a grave, but the writing remains till the end of time". An endless number of scribes borrowed these “memento mori” phrases - reminders of human mortality - and made it their own. In this book epigram included at the end of a fifteenth-century manuscript, for example, we read the following:

The hand that wrote this book
will be dead, yes, and even if reduced to dust,
let him who takes this book in his hands and looks at it
take in his mind death and the <last> judgement
and my memory, even if I am very far away.

Apart from stating that his writings will survive his own mortality, the scribe explicitly addresses the reader and requests them to remember him as they hold the book in their hands. Looking (digitally) at this book epigram, we are doing exactly that.

Contrary to what you might think, book epigrams were not considered marginal scribbles. They were not looked down upon. On the contrary, in many cases they were regarded highly enough to be copied along with the main texts. A curious example is this rather long epigram preserved at the end of an early thirteenth-century manuscript:

With the help of God the present book has also been finished
– this work, this book, the modest Dioptra –
by the hand of a sinful monk and stranger.
It was finished on the twelfth of May, in the third year of the current indiction.
It was the tenth year of the cycle of the moon and the twenty-third year of the solar cycle,
in the year six thousand six hundred and three.
If you want to learn my name, dear friend,
behold I describe this too for you and you will find it by calculating.
I have eight letters and five consonants.
I am composed of three syllables, recognize me. The first two syllables
each have two letters. The last syllable has the remaining ones.
On the whole the numerical value is: three times three hundred
and four times twenty, or, the total
sum of those: nine hundred and eighty.

In verse 4 we are given the exact date on which the text mentioned here - the Dioptra, which just like Machiavelli’s The Prince belongs to the popular medieval genre of Speculum or moralising literature - was written, namely the 12th of May in the year 1095. Exact dates are a rare feature in Greek manuscripts. We are then challenged to find out the name, not of the scribe but of the author of the Dioptra, based on a mathematical riddle. Luckily for us, an unknown later reader was so kind as to write down the solution in the lower right margin: Philippos (Monotropos). If you add up the numeric value of each letter in Philippos, the result is indeed “nine hundred and eighty” as said in the last verse. It is not unlikely that Philippos Monotropos himself composed this riddle, which was then copied more than a century later by the scribe of the manuscript we still have today. What is more, the riddle (without the bit about the date) was added by other scribes to other copies of Philippos’ Dioptra. Although the original manuscript from 1095 went missing, the text lived on in dozens of later manuscripts, as did this playfully composed book epigram.

Different voices speak to us through different book epigrams, yet the book itself is always there. We better take good care of it, warns this last example:

You! Do not dare to cut pages out of books.
I am warning you. With letters, as my mouth keeps silent.
Why? They seem unimportant to you, these sheets?
Make no mistake. Cutting them out is a serious, serious crime!

This blogpost was written within the framework of an internship at the Database of Byzantine Book Epigrams, together with the Pirenne Consortium and Medieval / Modern, by Noor Vanhoe on the occasion of UNESCO’s World Book Day. The top notch research team of this project at Ghent University (Belgium) studies these fascinating pieces of text and never misses an opportunity to put them in the spotlight.

●    on Byzantine book epigrams in general
●    on scribes and scholars in Byzantium
●    on scribal complaints to be found in English manuscripts
●    on notes, including book epigrams, left by the twelfth-century author John Tzetzes in a manuscript kept in Leiden
●    on combating book theft in the Middle Ages
Image 1a: Epigram in Bibliotheca Medicea Laurenziana, Plut.58.26 (192r.) - Full folio
Image 1b: detail with epigram in Bibliotheca Medicea Laurenziana, Plut.58.26 (192r.)
Image 2: The riddle of Philippos Monotropos in Österreichische Nationalbibliotek, 10B7BCC6 (174r)
Image 3: Cautionary epigram in codex "Coislin 242", Bibliothèque nationale de France (via Gallica) - Image 3 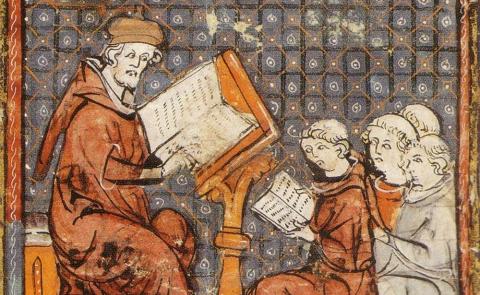 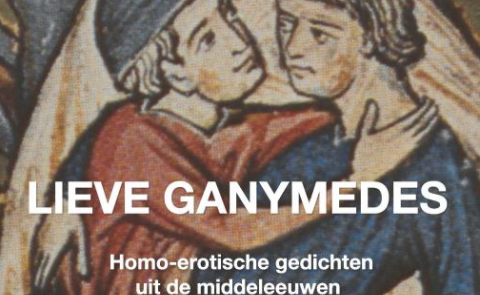 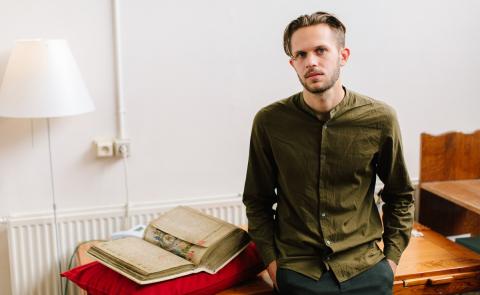 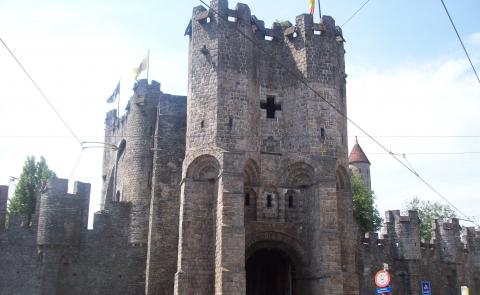 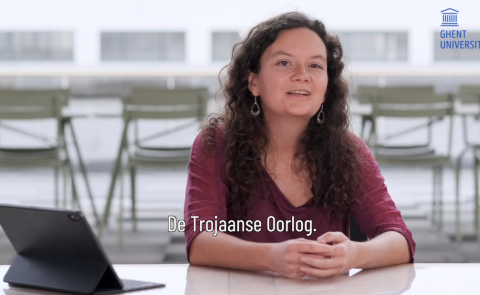 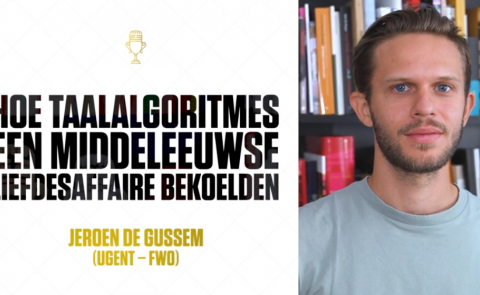